Yes, thanks Mr Trump for helping me demonstrate in my conferences on charismatic speaking skills what charisma is NOT! Now, you definitely have plenty of presence, STRONG presence, but charisma no... you have great repartee, and you know how to engage your listeners by telling short and impactful stories they can identify with, but charisma no... Because it is all about YOU: you force your message on your listeners, you are dominant and controlling. There is no communion, no true connection. However, your energy and forcefulness will impress many (hey, it got you elected didn't it!).

Mind you, you didn't have much of a challenger with Ms Clinton in terms of charisma: I appreciate the lady, but she doesn't have much charisma and, unfortunately for her, doesn't have your presence and your repartee. And where content is concerned, although it was certainly more informed, it was far too conceptual and rambling, thus difficult to identify with. Also, I suspect she was told to smile, and smile she did. A lot. But no-one told her that smiling with big wide open eyes not only looks weird, but triggers lack of trust at a below conscious level. If Hillary Clinton had had the charisma of Michelle Obama, I think she would be president of the United States today, even though in these difficult times the bell of change had rung loud and clear.

When people feel a need for change but can't make up their minds who to vote for, charisma makes a hell of a difference. But when there is no charisma, they will settle for what seems most reassuring in the circumstances: strength and control (or at least what looks like it). Donald demonstrated such qualities. Hillary didn't.

You might be interested to look at the video that demonstrates just that: actors re-enacted the Trump / Clinton debates with a woman impersonating Donald Trump, and a man impersonating Hillary Clinton. Guess who most people would end up voting for when watching that video? Or at least, they get to better understand why Donald Trump got elected. 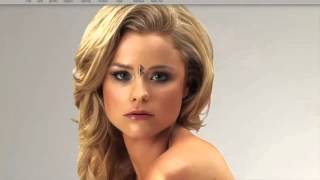